Just how far did the temperature drop in Canberra this morning? 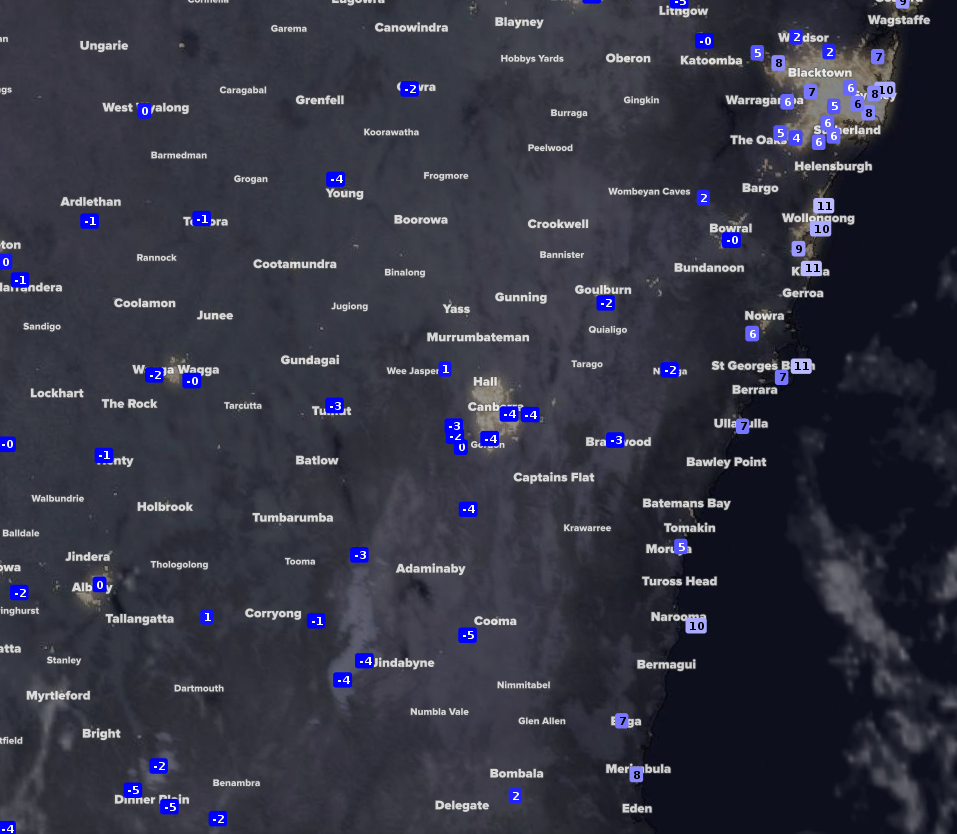 
Two cold fronts, one which has already crossed the southeast and another on the verge, are&nbsp;the culprits,&nbsp;blanketing&nbsp;the&nbsp;southeast with cold air. It was only a matter of time before the skies cleared over Canberra allowing the heat to escape into the atmosphere.&nbsp;The relatively light winds, below 10 km/h, didn&rsquo;t help, which left behind a chill in the air on Sunday morning.


Early risers would have woken up&nbsp;at 6am&nbsp;in Canberra and felt the full effects of the &ndash;5.4 degree&nbsp;minimum&nbsp;temperature.&nbsp;As the sun started to rise after 7am,&nbsp;the morning begun to warm up. If your Sunday morning was&nbsp;a&nbsp;little&nbsp;lazy and you woke up past&nbsp;10am, you might have been forgiven for thinking that it was just your normal cold morning in Canberra as the temperature had risen above&nbsp;4 degrees already.&nbsp;


The last time the mercury dipped this low in Canberra was way back in August of 2018 when Canberra Airport recorded &ndash;6.4 degrees.&nbsp;Be prepared to wind your clocks even further back because&nbsp;it was the coldest May morning in Canberra since 2015, a full 6 years.


Do not put away those slippers or extra blankets, because after another&nbsp;cold&nbsp;front passes over Canberra on Monday, the clearing skies will bring about another spell of&nbsp;cold nights and mornings, but likely not as cold as this one.&nbsp;Thankfully, during the day temperatures won't be as cold, but the winds should be strong so&nbsp;keep your warm clothes handy.